Digital information technology has changed the World in the last 50 years.  Much of this change is beneficial and here to stay.  I have embraced advances in digital for decades, but now when almost everyone predicted that photography, movies, music, newspapers, magazines, and books and much more would go digital there is an analog counter revolution happening as you read this post.

This week I realized that the analog counter revolution is here to stay and going to get bigger.  I got fed up with trying to read the news on digital and started getting the newspaper delivered again every day.  This is after a two year break of getting almost all of my news via TV & Internet.  I live in a big city and we have a good local paper.  When I stopped getting the paper newspaper two years ago I kept getting their digital version.  I finally realized that it is just not as enjoyable to get your news digitally compared to print.  Why, because it is organized, you don’t have a light box staring you in the face, and you just pick it up and read it without worrying about charging the batteries, anywhere.  Plus source shopping from 100,000 outlets is just a brain pain and your head spins after 12 youtube videos of people shouting at each other or complaining about Trump or Clinton or immigrants or 50 other current topics.

The fact is that unless you are the President you don’t need to know about every news story in the World.  You only need to know about the news that affects you.  If there is some time left over you can look at some special interest news items.  That said digital news is very good for looking up special interest pieces or specialty news like dog news, or audio news, or news on the planet Pluto.  So for me the best thing is to mix analog and digital.  Does this mean that newspapers will get as big again and as powerful as 50 years ago, no.  But it likely means that a lot more people than I are not happy with digital only.

Lately I have started buying records again, vinyl records.  I bought a new phono cartridge and bought several LP’s from eBay.  As in getting the news, digital music is great, but I missed the other benefits of buying analog records.  Some of those benefits are, an album that is organized by someone other than me, usually beautiful covers, lots of times words to the songs on the inside envelope, I own it no monthly fees, oh and it sounds better.  If you have a good turntable and cartridge a vinyl record has more information in it than either on line or CD’s.  It helps to have good speakers too.  In speakers size matters.  Bigger ones are usually better.  Sure you have to clean the records and be careful with them, but many of my 40+ year old records sound better than CD’s of the same music or high quality on line.  For me, and I have older ears, it is very easy to tell the difference between vinyl, CD, and on line music.  The difference is hard to describe but easy to hear.  I am not alone in this opinion as vinyl record sales last year I believe totaled to more money than downloads. 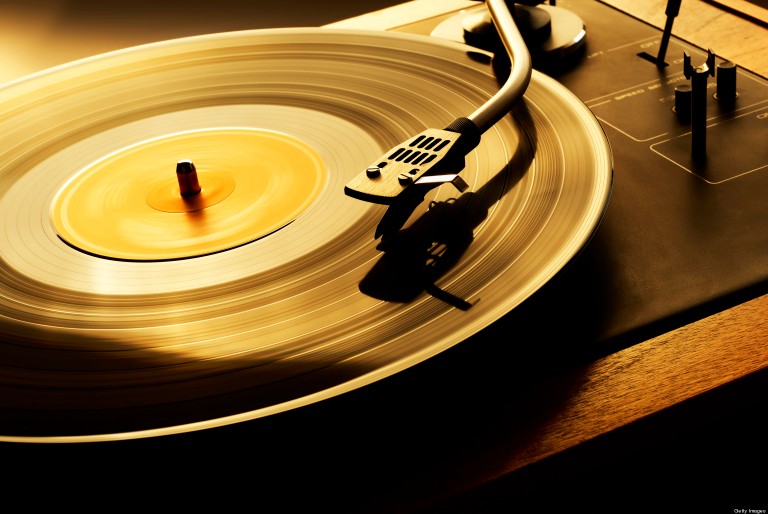 I have no intention of only listening to vinyl.  I like digital music if the quality is good and I don’t have to be bombarded with ads.  I have an Apple Music and Pandora subscription to listen to ad free music at home or in the car.  But when I want to sit down and enjoy some music I think I am going to mostly go vinyl.

I have never switched to reading books on digital except for things like wikipedia.  If I want to read something I just buy it.  When I finish I sell it on Amazon.

I have written a number of blog posts about analog vs digital photography.  To me these are two different art forms.  Of course they are close substitutes for each other so they get compared a lot.  But when you shoot film the structure of the image is just not the same as a digital image.  You can clearly see this if you enlarge the photos enough.  And of course with film you have to scan the image if you don’t print it.  That means you are once removed from the initial image and the result is it just looks different.  Most images in my opinion look better from film than digital.  However, photos of children, pets, friends, and action are just so much easier to do with digital that most people should stick with that method.  But for pictures of things and in many instances people (street photography) just comes out way better using film.  Kodak, Fuji, and other film makers have spent a lot of time getting the result to come out well.  Again last year my best photos mostly came from film shots.  And I took way more pictures digital than film.  On the other hand I have never taken super 8 movies, which are coming back.  I shoot most of my video on either my smart phone or DSLR.  I am not going to change that.

On the other hand I find movies shot with film and not digital to be much more pleasing to view.  I can easily tell the difference and I would expect that the movie business is going to go back to more film and less digital.  There are ways using software to make digital look more like film.  In some cases when this is not done I find the resulting product almost unwatchable.  Netflix original movies being a case in point.

The other really strong advantage of personal film photos is that there is so much really good gear still at great prices.  Good digital lenses for a DSLR can run over $1,000.  Many good lenses for film cameras can be bought for under $100.  Improving your skills with new digital gear is very expensive when you start buying news lenses and bodies.  If you buy right older lenses can work on newer digital bodies.

So to sum up, the digital counter revolution is upon us and I suspect this will continue as people realize that not everything new is better than everything old.