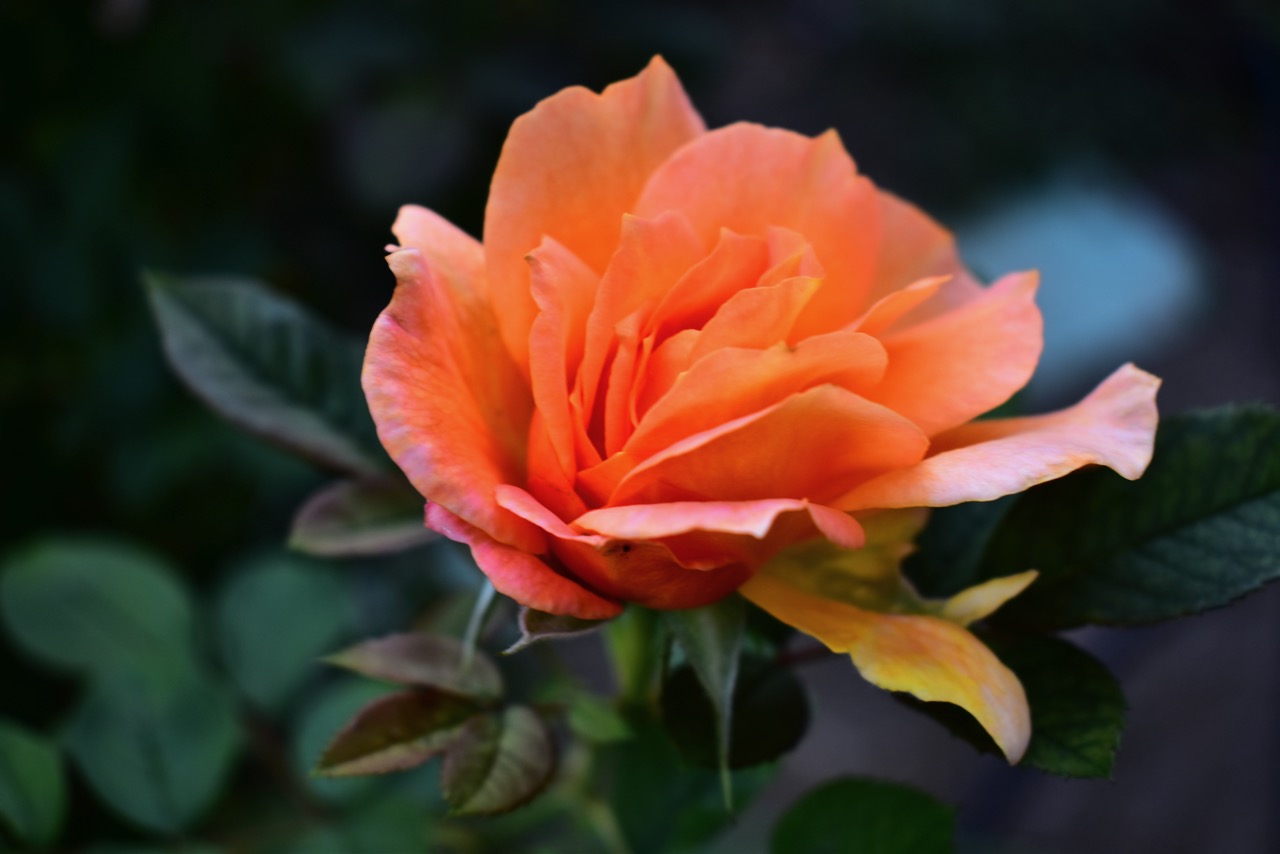 My current smartphone the iPhone 7 plus is in my opinion a brilliant still & video camera.  Of course it has many other uses besides photo and video capture but that is what the topic of this post is.  When you pair the 7 plus with a mid range Nikon you really have most of the bases covered.

Before I had the 7+ I used an iPhone 6S.  The 7+ is much more versatile and capable.  The above picture was taken inside a fairly dark bar during the daytime.  It took the above picture nearly perfectly.  I took a similar photo using my Minolta 600si film camera with a 50mm f2.8 lens loaded with Kodak Porta 160.  I prefer the color of the film shot, but since I did not have a fast lens, fast film, or image stabilization on that camera the image is blurred.

If I had only been carrying the 7+ I would have thought to try the secondary 56mm lens for this same subject, or maybe a short video clip.  The 7 plus gives you lots of options and fits into your pocket.  The 7+ is also the first camera I have used that can integrate the images from both it’s cameras to zoom and provide bokeh.  Using digital zoom with the 7+ is not the same as digital zoom I have used on older cameras or even last years 6S iPhone.  I have not seen an explanation in detail of how it is done, but I can tell you that the results of digital zoom with this camera are much better than I expected.  Even at 10x it is not that bad.  Plus you can get decent bokeh from this camera.  It is computer simulated, but it is good when used as intended.  And it is intended to be used to give bokeh in people shots.  The software can see people heads and bodies well but struggles sometimes with other objects.  I have had fair to good results using it on my rose blooms.

The bokeh in this 7+ photo is very good considering it is Apple’s first generation software. I expect there will be additional improvements as time goes on.  Apple’s color rendition is excellent.  As good as what I get from my Nikon.  Actually it is pretty similar to what I get from the Nikon.  I have noticed my Nikon works extremely well with Apple’s Photo software.  It could be there is some collaboration between the two companies.

I have had my Nikon D5500 for just over 1 1/2 years.  It has so far worked perfectly with no need for repairs.  I did add the newer 18-55mm zoom lens that Nikon introduced last year as a replacement for the older one I got with the D5500.  The reasons were that the new lens came with the fast stepper motor instead of the old autofocus.  And several testers rated it as having significantly superior optics to my older version.  To use it properly I had to update the firmware on the D5500, which was free and fairly easy.  The other feature I like on this lens is instant manual focus over ride instead of having to flip a switch.

The quick auto focus stepper motor is very helpful in taking videos with the Nikon.  You can still hear a very slight noise in the video when focusing, but it is maybe 1/5th as loud as before.  Plus the focus time is greatly reduced.  One negative is that the filter size on this lens is 55mm and not the standard 52mm of the older lens.

Nikon has recently come out with a replacement for the D5500, the D5600.  The major difference in the new camera is that it can transfer photos to your iPhone (or other smartphone) via bluetooth.  Since I prefer physical transfer I don’t need to upgrade right now.  If I was to upgrade the Nikon one of my main motivations would be for a more useful viewfinder.  The viewfinder in this camera is not nearly as large and bright as either my old Olympus OM2n or my Minolta 600si.  And the Minolta in addition to being much bigger and brighter also have much easier to read information in it than the Nikon.  For manual focus I find the D5500 very hard to use on many subjects.  And I find all auto focus to be not perfect and in need of some fine tuning.  You do that by having a clear easy to use viewfinder.

I find the Nikon D5500 very easy to switch out to the Minolta 600si film camera.  The 600si is very similar to the Nikon in size, weight, and operation.  Since the Minolta is also auto focus you do not need to switch back to thinking about getting the focus right.

So that is my usual setup, iPhone 7 plus and Nikon D5500.  If I was short of money the Nikon D3400 would give me pictures as good at the 5500, but would be slower to adjust.  The D5500 also has a pretty slick facial recognition setting in addition to having a subject lock on setting.  If I won the lottery and did not care how much money I spent I don’t think I would change my set up.  To me the Nikon D5500 is the best you can get at this time.  I would rather shoot with a full frame 35mm sensor.  But to switch to a full frame sensor I would have to carry around a camera from Nikon, Canon, or Pentax that weighs twice what my D5500 weights.  And Sony makes you live without a mirror, and I don’t like EVF.  Leica is a great camera but still manual focus and a rangefinder.  I don’t like either of those as well as auto focus and SLR.  I like the look of the Fuji XT2 quite a bit, but do not think the image quality is as good as Nikon.  And Olympus makes you live with a tiny sensor.  If I could add a camera and not have to give up the D5500 I would take a Nikon 750 (or it’s replacement due out soon) and three lenses.