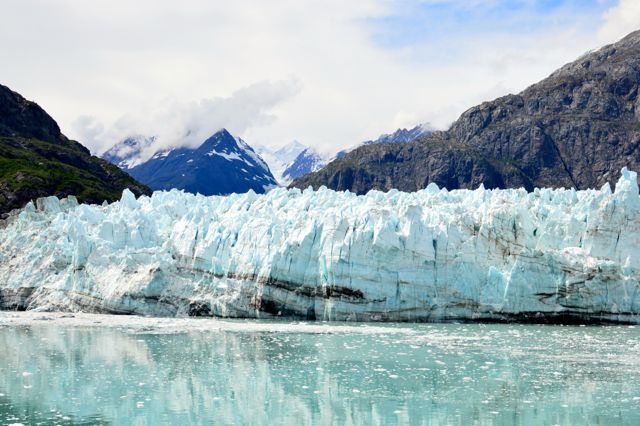 Recently we took an Alaska cruise.  One of the key photo shots everyone wants from this type of travel is the glacier calving.

This shot above could be taken with pretty much any type of camera digital or film, cell phone, compact, or DSLR.  In this instance I used a year old Nikon DSLR.

We got tired of standing up on the top deck and went to our room with a veranda.  I sat for quite some time and put on a telephoto lens, the Nikon DX 55mm – 200mm.  I wanted to get a close up of the blue ice in the glacier.

So I sat for a while and then it happened, a break. 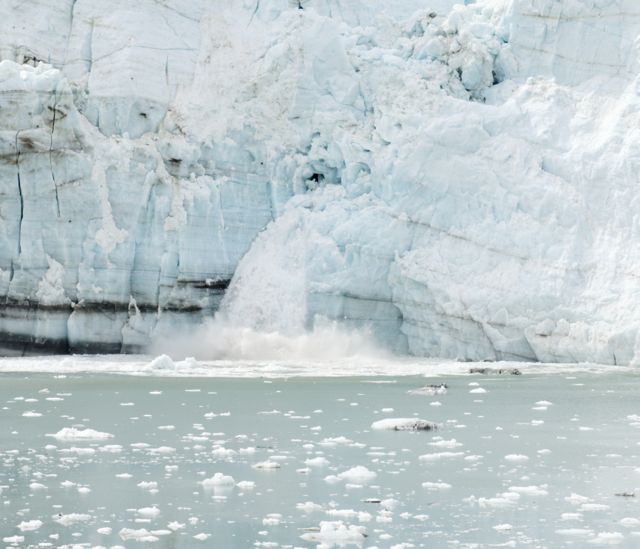 I still had my DSLR sitting on my lap, and since you can point, auto focus, and shoot in an instant I was able to get several shots before it was over.  I was even able to increase the zoom to get a closer shot.

This same shot could have been taken with a cell phone or compact camera, but you would not get the same details.  The DSLR is all optical zoom and can go all the way up to 24 mega pixels RAW.

The Nikon is quick to start up too.  I had the camera turned off, but it is almost instant on.  So a couple minutes later when a second glacier break happened I got this and several other shots.

The Nikon is fast.  I did not hold the button down for continuous shots, but was able to repeatedly click off shots that all came out good.

This is certainly an instance where a fast acting DSLR is the right camera to have to get this type of shot.  I did not bring any film cameras on this trip.  I am now sorry that I did not.  My Olympus OM2n is just as fast on as the Nikon, and since this is shot at infinity auto focus was not any advantage.  However, the Nikon does have auto motion reduction to steady a long shot with a zoom.  Since I usually do not go over 150mm with the Olympus I don’t think this would have been an issue.  It would have been nice to have film shots too to see if there were any color palettes that I did not get out of the digital.  I do love these action shots, but was disappointed with the blue ice ones.  Maybe film would have enhanced that.